Here are biographies of the four candidates who will be standing for election to the Vestry at our 2021 Annual Meeting, to be held on Zoom on Sunday, January 24, at 10:45 a.m. (following the 9:30 service).

I have been a member of Church of the Incarnation for over two years along with my husband Paul Mallatt. We appreciate the people, the sense of community, the willingness to help others, and the commitment to justice.

In my time at Incarnation, I have been a regular volunteer with Sunday Open Table and I am now one of the Sunday morning team leaders and a member of the Open Table Steering Committee. I started and have led the Incarnation Rainbow Group - a group that is supporting the needs of the LGBTQ+ people of Incarnation. And I have recently joined the Property Development Task Force.

My professional background includes a BS in Construction Engineering, 19 years as a civil engineer, 10 years as vice president of an academic publishing house, and two years as a residential real estate agent. Through these careers, I have gained valuable experience in working with people, handling contracts, and finances.

Incarnation has a great history, with a legacy of people who have supported the church, and continue to support, with their time, talent, and treasure. For financial health, it is important for Incarnation to grow and in order to do that, the church should be open to new ideas that draw people in while also respecting tradition. I am excited to bring my love of Incarnation along with my skills to the Vestry. 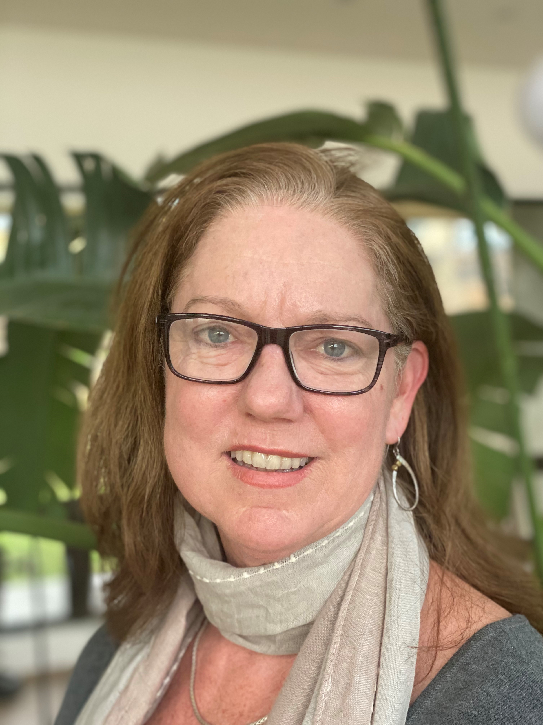 Hello, my name is Sara Joslyn and I am applying to be a member of the Vestry of the Church of the Incarnation. I am relatively new to this church. I first attended on the first Sunday of Advent two years ago. The following Easter (2019) I was baptised by our wonderful Reverend Stephen Shaver. I feel blessed to have found my spiritual home at Incarnation. Particularly for the comfort it has provided me in these challenging and troubling times.

I am a licensed psychologist and I practice in Santa Rosa. My primary patient population is of first responders (police and fire). I work directly both the Santa Rosa Police Department and the Santa Rosa Fire Department doing psychotherapy, training, and debriefings. I am also a wife and a mother of two young men.

My motivation for joining the Vestry is to deepen my connection to the Chuch and it’s community. Additionally, because I have received such solace in my short (ish) time here it is important to me to feel that I am making a contibution and doing my part to support the community. I believe that the skills that I bring to my work will serve me in the Vestry.In short, I tend to think outside the box. I’m an excellent communicator, and I will bring a newcomer’s lack of pre-existing assumptions. Thank you for your consideration.

Since then, I served a three-year term on the Vestry (2008 – 2010), including two years as Senior Warden, and a one-year term on the Vestry in 2018, during which I served as Junior Warden.In addition, I served as Clerk of the Vestry (non-voting Officer) for 2019. I have also been a Delegate to Convention three times, and served on various committees, including Stewardship (twice Chair), the Congregational Commission On Ministry (one year as Chair), and Spiritual Development. I have also been a Eucharistic Minister and an Usher.

Our church and the Vestry are currently navigating through some very difficult circumstances, and I offer whatever knowledge and experience I have to assist in that task. I would appreciate your vote. Thank you.

I was welcomed to Incarnation almost three years ago. So many people went out of their way to include me in activities like the Altar Guild, the bike race, Knitting Purls, ushering and kitchen volunteering. Incarnation offered me a refuge and friendship. If my skills are useful to the vestry, I would be honored to join that hardworking group.

I retired four years ago from a long career in mortgage banking, specializing in accounting and audit in both home mortgage and agricultural lending. I have worked with diverse groups and managed projects with multiple goals. Currently I volunteer at the Redwood Empire Food Bank at both the warehouse and distribution sites.

If chosen to serve on the Vestry, I will work to maintain the high standards and reputation of our Incarnation community.

On the first Sunday of the month, you can also join us outdoors on the church lawn.

Our church parking lot is located around the corner at 636 Cherry Street. The lot often fills up for our 9:00 and 11:15 a.m. services. Additional free church parking is available in the small gravel lot at the corner of Mendocino and Cherry, or in the city garage at 521 7th Street (free on Sundays), which is a two-minute walk from the church. Finally, street parking is also free on Sundays.

You can make a donation to Incarnation online, toward your pledge or as a special offering, by clicking "Give Online" below.